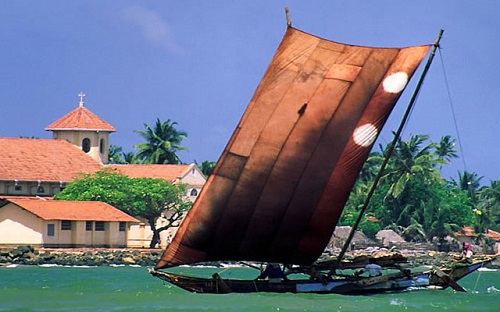 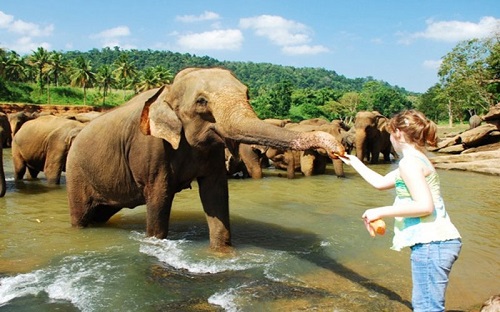 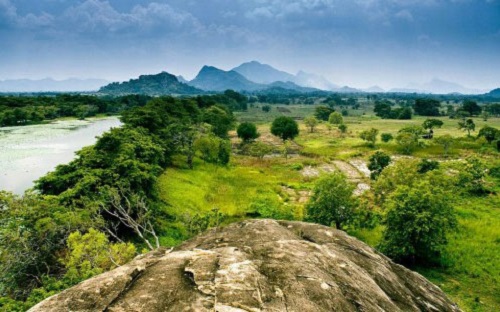 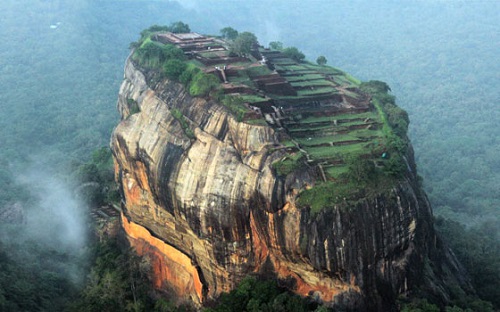 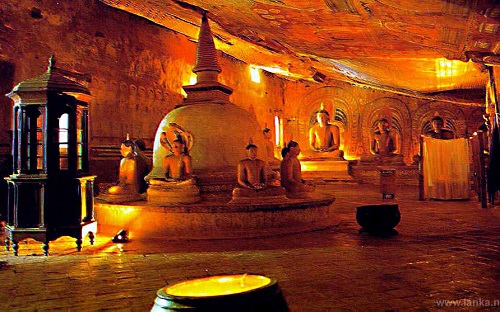 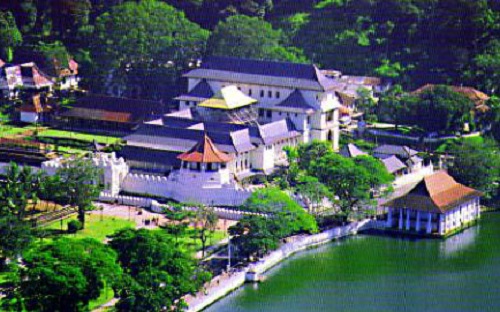 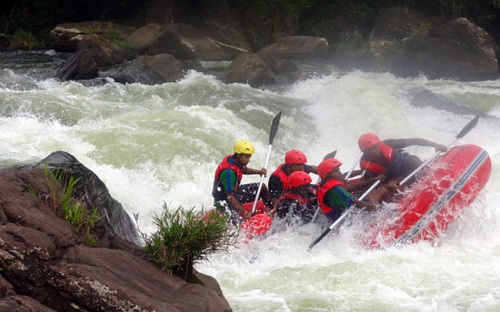 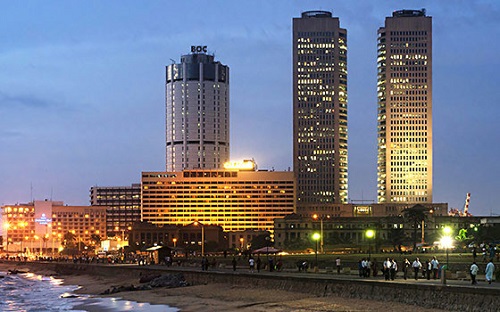 On arrival at the Bandaranaike International Airport, you will get your first taste of warm Sri Lankan hospitality; Representative Fromstelataranholidays Tours .will Welcome you and transfer to Negambo as part of the first tour included in this unique honeymoon package in Sri Lanka.The Negambo town boasts several buildings dating back to the days of Dutch and Portuguese presence in the country. The beautiful sea shores and the ocean are dotted with catamarans. The Negombo lagoon is famous for its harvest of lobsters, crabs and prawns. The seafood auctions on the beach are a must-see. Other highlights of the city is the Dutch Fort and the historic Catholic Church. Overnight stay at Hotel in Negombo.

Negombo / Habarana Breakfast at the hotel and transfer to Habarana. Check-in to the hotel and in the evening Enjoy an Elephant back ride. The Elephant Safari Habarana Sri Lankan village actives At Village has become a highlighted event to tourist for excitement and adventure or even for the “Chance of a Life”. Ride will be for 01 hour. Overnight stay at Hotel in Habarana.

Day 3 - Habarana Breakfast at the hotel and transfer to visit Sigiriya.

Climb the 5th century Sigiriya rock fortress which is a world heritage site, built by King Kashyapa (477-495 AD). The ‘Lion Rock’ is a citadel of unusual beauty rising 200 metres from the scrub jungle. The rock was the innermost stronghold of the 70 hectare fortified town. A moat, rampart, and extensive gardens including the renowned water gardens ring the base of the rock. The world-renowned frescoes of the ‘Heavenly Maidens’ of Sigiriya, which are in a sheltered pocket of the rock approached by a spiral stairway. These frescoes are painted in earth pigments on plaster. In the afternoon do a Safari of the Minneriya National Park by jeep. The extent of the Minneriya National Park is about 8,889 hectares. There are wet-lands in this National Park, which have international importance, animal and plant species, which are plenty in dry zone are found in this park. Wild elephants, various amphibians, local and immigrant bird species are plenty in this park. About 160 species of birds, 09 amphibians, 25 reptile species, 26 fish species and more than 78 butterfly species have been found in this area. There are bamboo trees which are rare in other parks and wild elephants can be seen conveniently. The significant feature is that these elephants can be seen going closer to them. Overnight stay at Hotel in Habarana.

Enroute visit Dambulla Rock Temple.Dambulla rock temple has been built by king Walagambahu in the 1st century B.C. and it is a world heritage site. Also, it is the most impressive of Sri Lanka’s cave temples. The complex of five caves with over 2000 sq. metres of painted walls and ceilings is the largest area of paintings found in the world. It contains over 150 images of the Buddha of which the largest is the colossal figure of the Buddha carved out of rock and spanning 14 metres. Proceed to Kandy. On the way to Kandy visit a spice garden in Matale. Kandy was the last capital of the Sri Lankan kings which is a World Heritage Site. The name “Kandy” conjures visions of splendor and magnificence. Many of the legends, traditions and folklore are still lovingly kept alive. Drive around the Kandy Lake built by the last Sinhala king Sri Wickrama Rajasinghe in 1798. Visit Bazaar area, Arts crafts centre, a Gem museum and a lapidary etc. In the evening visit Temple of the Tooth Relic. Late evening witness the Cultural Show. Overnight stay at Hotel in Kandy.

Breakfast at the hotel and visit Pinnawela Elephant orphanage.The Pinnawela Elephant Orphanage, established in 1975, commenced with seven orphans. Today some of these orphans enjoy the fortune of seeing their grandchildren born in the same location. The original objective of establishing the orphanage inclined more towards tourism, but is soon became a conservation and educational centre. With the help of local and foreign elephant experts, Pinnawela started a scientific captive-breeding programme for elephants. The free movement of the herd enhanced the chances for respective individuals of both sexes to get together and mate. The nearby river played a dominant role in this regard, and in 1984, the first baby of Pinnawela was born. The success story of Pinnawela has drawn the attention of scientists from all over the world. A considerable number of books and research articles on Pinnawela have been published in several languages. The members of the Pinnawela herd have been filmed, videoed and photographed thousands of times by professionals. This botanical garden was first built as a pleasure garden by a Sinhala king and was expanded by the British. It is 147 acres in extent and provides an amazing variety of trees, plants and flowers. Overnight stay at Hotel in Kandy.

Breakfast at the hotel and transfer to Nuwara Eliya. Nuwara Eliya, because of its invigorating mountain climate and scenery, is Sri Lanka s most popular hill resort. Nuwara Eliya is also the heart of Sri Lanka s tea country producing a significant share of the world best tea. Sri Lanka s highest mountain Pidurutalagala (8282 feet) is located here. Nuwara-Eliya also has one of the finest 18 whole golf courses in South Asia Overnight stay at Hotel in Nuwara Eliya

Breakfast at the hotel and day spent at leisure or visit Horton Plains. The Horton Plain Plateau is a secluded wilderness sanctuary 2130 m high and offers one of Sri Lanka’s most unforgettable views. Here the land plunges down a dizzy gorge to the southern foot hills and on clear days, even a glimpse of the sea more than 80 km away is possible. The Horton Plains are the habitat of giant Rhododendron (an evergreen shrub with large clusters of trumpet shaped flowers), tree fern primrose and daffodil orchids and birds such as the Sri Lanka Whistling Thrush and Arrenga, the Shaggy Bear monkey and the blue Mormon butterfly and many other endemic and endangered montage specie Overnight stay at Hotel in Nuwara Eliya.

Breakfast at hotel and transfer to Colombo.Enroute visit Kithulgala.The Kelani River (the broadest river in Sri Lanka) flowing through Kitulgala was the main location where the Oscar winning movie “Bridge on the River Kwai” was filmed. On the hill above this town, a prehistoric cave was recently discovered containing large middens of shells from some unknown civilization. Enjoy a White water rafting session in Kithulgala.(Optional) Colombo, like many capital cities in developing countries is fast changing its face. Almost overnight, skyscrapers arise from where old buildings once stood. Yet in some parts, the old world charm is retained. For example, there is a 100-year-old clock tower and several British built colonial buildings. Other places of interest are the Pettah bazaar – where one can shop for bargain, a Hindu and a Buddhist temple, residential areas where you find the stately homes of the affluent, the Bandaranaike Memorial International Conference Hall (BMICH) an outright gift to Sri Lanka from the People’s Republic of China. Overnight stay at Hotel in Colombo.

Breakfast at hotel and transfer to Airport for the Departure flight.